“Figure it out.” “Slog away at it.” “What would Neal do?” Cliff Illig’s philosophies on processing
complexity and getting things done are foundational in his many entrepreneurial ventures, most notably
co-founding and leading the global healthcare information technology company, the Cerner
Corporation, headquartered in the Kansas City metro area. As a teenager in the 1960s, Illig worked for
his father’s company, loading punch cards, the forerunner of digital processing, into the business’s
computers. At the same time, his school district began developing a computer programming curriculum, and at his Prairie Village, KS, high school, Illig took one of the first computer classes offered.

After graduating from the University of Kansas with a degree in accounting and business administration, Illig hired on with the accounting and consulting firm, Arthur Andersen & Co. In 1979, according to Cerner history, Illig and two co-workers, Neal Patterson and Paul Gorup, met at a local park and developed and wrote a business plan for a healthcare software company which would become Cerner Corporation. The trio left Andersen & Co. that year, landed their first client in 1980, an Oklahoma hospital, and took their fledgling company public in 1986. Cerner software technology automates clinical information and digitizes medical records to support and to readily connect healthcare providers with patient information. Before retiring in 2019, Illig served as Cerner’s Chief Operating Officer and as interim Chief Executive Officer after his partner Neal Patterson died in 2017. In 2020, Cerner’s revenue was over $5 billion, and its employee associates numbered over 26,000.

Illig continues to own and manage, with his family, an array of business interests including real estate ventures and the Major League Soccer team, Sporting KC. He is founder and principal owner of FanThreeSixty, which helps organizations translate their fan data into creating new fan experiences and revenue growth. He serves on the board of Kansas City’s Stowers Institute for Medical Research. The Illig Family Enterprise Company supports and philanthropically funds “endeavors surrounding animal welfare, the well-being of children, building strong girls, and countering sexual assault.”

In 2019, Illig was inducted, along with Cerner co-founders Neal Patterson and Paul Gorup, into the Entrepreneur Hall of Fame and was named the Henry W. Bloch International Entrepreneur of the Year by the University of Missouri-Kansas City’s Regnier Institute for Entrepreneurship and Innovation. 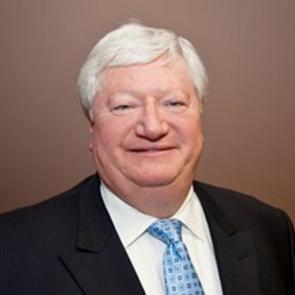