Walter Herschel Beech, aviator and pioneering aircraft industrialist, was born on January 30,
1891, in Pulaski, Tennessee. His fascination with flight manifested itself in a failed wood and
bedsheet glider experiment at the age of 14. As a young adult, Beech and a friend restored a
wrecked biplane and, in 1914, he made his first solo flight. Beech gained valuable flying
experience during WWI as an Army pilot, instructor, and engineer. In post-war civilian years, he
barnstormed throughout the Midwest, exhibiting flying stunts and competing in speed racing.

As Americans’ fascination with aviation grew, in 1921, Beech began his formal employment in
the aircraft industry at Wichita’s Swallow Airplane Corporation serving as test pilot, designer,
and general manager. In 1924, along with fellow aviation industrialists, Lloyd Stearman and
Clyde Cessna, Beech formed Travel Air Manufacturing Company, a producer of high wing
monoplanes for private and commercial use. By 1929, Travel Air was the world’s largest
commercial aircraft manufacturer, but the successes faded with dwindling sales after the stock
market crash. Travel Air merged with the Curtiss-Wright Airplane Company, Beech then acting
as vice president of sales.

In 1930, Walter married Olive Ann Mellor, office manager and secretary to Beech at Travel Air.
After the Curtiss-Wright plant closed in Wichita, the couple moved to New York City so Walter
could carry out his corporate responsibilities. In April,1932, during the dark days of the
Depression, the Beeches returned to Wichita and established their own manufacturing plant,
Beech Aircraft Company. The first Beech airplane flew in November of 1932, with the company
eventually rolling out its innovative Model 17 Staggerwing biplane, so-called because the lower
of the two wings “staggered” forward of the upper wing giving a margin of safety in the event of
a stall. As the company produced additional models, Beech Aircraft reached an impressive mark
in 1938 with one million dollars in sales.

During WWII, the company shifted much of its manufacturing attention to military plane
production. By the war’s end, Beech Aircraft, employing nearly 15,000 people in its one million
square foot Wichita factory, had delivered more than 7,400 planes to the country’s flying forces.

Olive capably stepped into day-to-day plant leadership during the war years while Walter
recovered from a major illness. The aviation duo would refit the company for peace time
commercial aircraft assembly, only to step back into defense production during the Korean War.

Tragically, Walter Beech’s brilliant aviation career came to an end on November 29, 1950, when
he suffered a fatal heart attack. Olive Beech became president of the company after Walter’s
death. The company continued successful aircraft production through the decades, additionally
supplying products for the NASA’s Gemini, Apollo, and space shuttle programs. In 1980, Beech
Aircraft was acquisitioned by the Raytheon Company. Today, Beech planes are a brand of the
Textron Aviation Company.

Walter Beech’s legacy as one of America’s great industrialists and aviation pioneers and aircraft
design innovators won him a place in the National Aviation Hall of Fame in 1977. 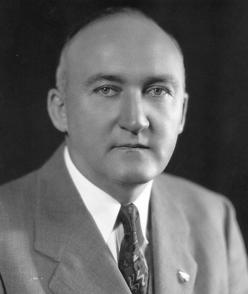