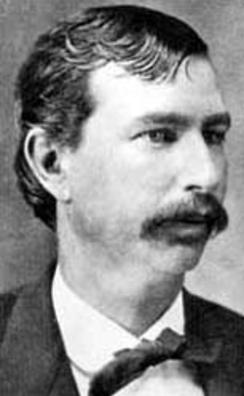 Robert Marr Wright, considered one of the founders of Dodge City, Kansas, was born September 2, 1840, in Bladensburg, Maryland. His family ties reach back to the founding of the United States. His great grandfather, a Presbyterian minister, commanded a local militia and was killed in 1777 at the battle at Gun Hill Meadows by Tories loyal to the British crown. Wright’s father, as a boy, aided wounded American soldiers on the Bladensburg battlefield as the British marched on Washington D.C. during the War of 1812. The residence and library of Wright’s grandfather was burned to the ground during the British assault on the capitol city.

At age sixteen, in 1859, Wright went west to seek his fortune, settling and farming in St. Louis, Missouri. In 1860, Wright traveled to Denver and worked three years for the Barlow and Sanderson Company stage line which carried mail and passengers between Colorado and western Kansas.  General Ulysses Grant, who knew the Maryland Wright family, appointed Robert, in 1867, the sutler or post-trader at the Fort Dodge military outpost.  During subsequent years, Robert built wealth estimated in the millions of dollars as a Dodge City merchant, cattleman, and farmer.  Wright held several political appointments and offices including serving as Ford County’s state representative from 1875-1883, Dodge City mayor, Ford County treasurer, and twice serving as state forestry commissioner.

Wright suffered heavy financial losses later in life and attempted to recoup some economic stability by penning his autobiography in 1913, and by establishing a publishing company in Wichita, Kansas. However a fire destroyed the business and he lost money on the venture.  Wright married four times and outlived all but two of his seven children. At age seventy-four, Wright died in Dodge City on January 4, 1915, and was buried in the Maple Grove Cemetery. Wright Park in Dodge, which includes the city’s zoo, honors the early founder.

Once describing the lure, danger, and challenges of living on the western prairies, Wright said, “How many of us have often experienced these feelings on the frontier of Kansas in the early days. Yet this kind of a life gives one a zest for adventure, for it is a sort of adventure to which he not only becomes accustomed but attached. In fact, there is a fascination about it difficult to resist, and having once felt its power, one could not permit himself to give it up.”