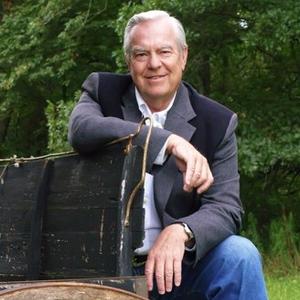 Bill Kurtis was born William Horton Kuretich on September 21, 1940, in Pensacola, Florida.  Kurtis’ father was in the military which involved extensive travel for his family.  Upon his father’s retirement, the family settled in Independence, Kansas.  He graduated from the University of Kansas in 1962 with a Bachelor of Science degree in Journalism.  He went on to complete his Juris Doctorate at Washburn University in 1966.  Kurtis served as an enlisted man in the United States Marine Corps Reserve and was commissioned a Lieutenant in the United States Navy Reserve.

Before transferring to the University of Kansas to study journalism, Kurtis attended Independence Community College in Independence, KS.  Kurtis has not forgotten his roots, now owning a radio station in Independence and consistently marketing Independence through radio broadcasts.

While in law school, Kurtis worked as a television reporter in Topeka, KS, and lived through a defining moment involving an F5 tornado.  Kurtis chose to give up his promising law career to work in broadcasting at CBS in Chicago.  Kurtis quickly earned the respect of viewers and colleagues with his distinct, articulate way of speaking and his penetrating news pieces.  Kurtis went on to spend several years working as a producer and anchor with Arts and Entertainment (A & E) Network.

Kurtis is best known for his work as a TV journalist and host of several network series including American Justice, Investigative Reports, and Cold Case Files.  Kurtis expanded his horizons, working in films such as Anchorman: The Legend of Ron Burgundy and appearing in AT&T’s “Sidecar” Netbooks commercials.

Today, Kurtis spends time around Sedan, KS – a rural town that Kurtis has helped grow and rejuvenate over the past several years.  He has purchased and renovated old buildings in an attempt to attract tourism, turning aging buildings into donut shops, gift shops, and convenience stores.  He also owns a 10,000-acre organic cattle ranch near Sedan called the Red Buffalo Ranch.  Kurtis devotes much of his resources and time to improving rural towns in Kansas.

In addition to guest appearances on TV and radio, Kurtis now spends much of his time working with Tallgrass Beef Company, a company he founded in 2005 focused on the health and environmental benefits of organic, grass-fed beef.  He is also the owner of Prairie Grass Café in Northbrook, Illinois. He has authored three books: On Assignment (1984), The Death Penalty on Trial: Crisis in American Justice (2004), and Prairie Table Cookbook (2008). He also lent his deep and distinguished voice to the 2004 news comedy The Legend of Ron Burgundy starring Will Farrell. Kurtis’ commitment to conservation has led to serving on the board of directors for several organizations including The Nature Conservancy and the National Park Foundation.