Jess Cornejo was born in Wellington, Kansas, on December 24, 1927, one of 7 children. With a fourth-grade education, Jess was able to work the sugar beet fields with his father to help support the family; he learned the meaning of hard work at an early age which led him to the success he had in his lifetime.

Jess left Wellington at the age of 14, and went to Wichita, which began his road to survival as he had many jobs, primarily in the construction field as a general laborer. He did everything from cleaning up job sites to unloading building materials off train cars by hand for new building construction. Jess soon met his future wife, Josephine, and continued working tirelessly. One Sunday afternoon in 1952, Jess came upon a man broke down on the side of the road in a 1936 Ford truck that he had dreamed about. The owner offered it to him if he could take over the payments of $20 per month, and, in no time, Jess was the proud owner and quickly formed Jess Cornejo Trucking Co.

Through the years, Jess started and operated many companies from trucking and excavating to demolition, which was always his favorite. As his family grew with his five sons: Ron, Don, Richard, Jerry and Marty, he continued, along with his wife Josephine, and worked around the clock. They took the boys wherever they went, on job sites or an evening ride for an ice cream, as he bid his work on the way.

Jess passed away on April 16, 1994, leaving behind a 42-year business legacy and a strong and growing construction company, but more than that, a wife of 25 years and his five sons whom he spent his entire life working for.

As a premier construction company through its many divisions in concrete and asphalt paving and production, demolition, aggregate and sand mining, landfills, concrete ready-mix, concrete and asphalt recycling, and a rail and truck transportation division, Cornejo & Sons continues to grow to this day. Though the family sold the business to Summit Materials, LLC, in 2010, Jess’ boys remain at the helm. By partnering with Summit Materials, Cornejo & Sons becomes part of a nationwide company with even more resources than before. The Cornejo family continues to run the company with the same work ethic and determination that was taught to them by their father so long ago.

Cornejo & Sons is saturated in the local community. They play a vital role, not only as a major employer, but also a significant contributor to local organizations, charities, and causes. The company and its subsidiaries provide ongoing employment and increased job growth within the community and the state of Kansas. They take an active role in extending opportunities and support to women, minorities and children.  Cornejo has assisted with efforts such as Crime Stoppers, Race for the Cure and many more causes, charities and events.

Jess Cornejo’s life was a true rags to riches story and his legacy will live on forever though his bright neon colored trucks! 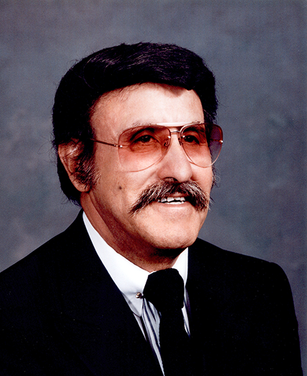