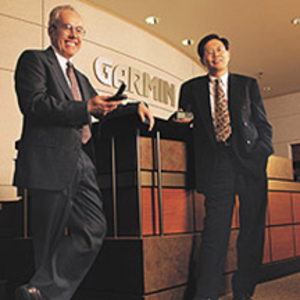 Gary Burrell co-founded Garmin Corporation with Dr. Min Kao in October 1989 with a handful of engineers and an idea for a product. Together with Dr. Kao, Burrell has led Garmin from a startup company to an international electronics powerhouse in several markets. This involved navigation devices for aviation and boating using the Global Positioning System. Their original office was two folding chairs and a card table. Some U.S. servicemen used Garmin GPS during the first Gulf War, even though Garmin never had a military contract. Later on, the technology was expanded for the U.S. market, providing directions across all United States roads and highways.

For his efforts, he has been recognized by Inc. Magazine, The Kansas City Business Journal and Ernst & Young as the “Emerging Entrepreneur of the Year” for Missouri and Kansas.

An industry veteran, Burrell brings more than 40 years of leadership at engineering-based companies to the helm of Garmin Ltd. Prior to his work with Garmin, Burrell served in various roles, including director of engineering and vice president of engineering at marine and aviation electronics companies, such as Lowrance Electronics, King Radio Corporation and AlliedSignal.

He is widely regarded as one of the leading innovators of integrated avionics, having designed and developed the first successful NAV/COMM for the general aviation market. Burrell earned his bachelor’s in electrical engineering at Wichita State University and his master’s from Rensselaer Polytechnic Institute.

Burrell, who stepped down as co-CEO in 2002, is chairman emeritus and the second largest shareholder, with a 14% stake in Garmin.

He is married with three children and lives in Spring Hill, Kansas.