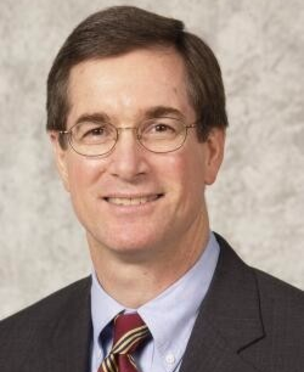 David Dillon is a Hutchinson native, born on March 30, 1951. He attended Hutchinson public schools and graduated from Hutchinson High School in 1969. He attended the University of Kansas where he received a bachelor's degree in Business. He then went on to earn a law degree from Southern Methodist University in Dallas, Texas. After graduating from SMU, David returned to Kansas to work for the Dillon Company, a grocery store chain that his grandfather had founded, which had been acquired by Kroger Copration in 1983.

In 1986, Dillon became president of the Dillon Company. From there he moved up, being named to the Kroger Board of Directors as President of Kroger Corporation in 1995. He became the Chief Operating Officer in 1996, was elected as Kroger's Chief Executive Officer in 2003, and was named Chairman of the Board in 2004.

Dillon is past chair of both Leadership Hutchinson and Leadership Kansas. He is a member of the Board of Directors of the Convergys Corporation, a company working to foster better employee-management relationships. He is the current Chairman of the Board of Trustees for the community group The Urban League of Greater Cincinnati. He is also on the Board of Trustees for the University of Kansas Endowment Association, the board of  health-care provider Bethesda, Inc., and the board of Catalyst, an organization for the promotion of women in leadership.

Dillon was named the Leadership Kansas Alumnus of the Year in 1994, and in 1999, he received the Distinguished Alumni Award from the Kansas University School of Business. In 2003, he was the winner of the Cordell Williams Volunteer Leadership Award granted by the Urban League of Greater Cincinnati in recognition of his commitment to community enhancement. In 2008, he was honored by the University of Southern California, Marshall campus as Food Industry Executive of the Year. The Kansas Society of Washington, D.C. named Dillon 2008 Kansas of the Year for Dillon's "leadership in corporate citizenship...throughout his career, benefiting not just Kansas communities but neighborhoods across the country where Kroger's family of stores touch lives every day."

In 2007, Kroger Corporation lead by Dillon partnered with customers, local media, the Red Cross and the Salvation Army in an effort to raise money to support the town of Greensburg, Kansas, after a tornado devastated the community in the spring. The Dillon's subsidiary of Kroger boosted efforts to draw people back to Greensburg when it announced that it would rebuild the Dillon's grocery store that had been destroyed. Not only would the store bring a normal supply of food and other goods back to the area, but would also create jobs for those who had returned home.