Jack Deboer's career started in Kalamazoo, Michigan, when he began selling real estate during the summers while in high school. After graduating from Michigan State University with a degree in business in 1952, and following two years as a military police officer during the Korean War, he teamed up with his father to build homes in southern Michigan. By 1966, he was building apartments. By 1973, his company had built more than 16,000 apartments in 30 cities across 25 states. National Real Estate Investor magazine recognized DeBoer as the second-largest multi-family developer in the United States." But it is the concept of the "extended-stay hotel" and the creation of three iconic hotel brands that is Deboer's biggest contribution to the hospitality industry.

With the founding of Residence Inn, followed by Summerfiled Suites and Candlewood Suites, DeBoer is recognized as the pioneer of the extended-stay and all-suite hotel concepts. He designed and built the first Residence Inn, and all-suite hotel, in downtown Wichita, Kansas in 1975 and built or franchised 103 more properties before selling The Residence Inn Company to Marriott Corporation in 1987. In 1988, he co-founded Summerfield Hotel Corporation, a second-generation upscale all-suite hotel chain, which was sold to Hyatt. In 1995, he founded the Candlewood Hotel Company. After developing 130 hotels, Candlewood was purchased by InterContinental Hotels Group in December 2003. In June 2002, DeBoer used his extended-stay hotel model to create Value Place, a short-term apartment concept that continues to expand with more than 180 locations.

He also developed the Grand Champions Club, a world-class tennis facility and health club in Aspen, Colorado, where Maroon Creek Golf Course and residential lots were later added. In 1989, DeBoer and Bruce Huelat purchased Hix Corporation in Pittsburg, Kansas. Hix, whose products are sold worldwide, is the premier manufacturer of printing equipment, electric and gas dryers, and machines for the food industry. Today, DeBoer serves as Hix's chairman of the board. He also serves as chairman of Consolidated Holdings, Inc., which founded in 1989.

In addition to his many business ventures, DeBoer's belief in a life of significance led to his involvement with numerous business and civic organizations throughout his career. He is a past president of the Wichita Area Chamber, one of the founders of the Center for Entrepreneurship at Wichita State University, a trustee of Chatham Lodging Trust, and former chairman of the Board of Trusees of Youth for Understanding, the world's leading student exchange organization. DeBoer is also a former board member of the Wesley Medical Endowment Foundation and the Greater Wichita Community Foundation.

His contributions outside of his business interests have been recognized with numberous awards, including the Wichita Area Chamber's highest honor - The Uncommon Citizen Award - in 1992; induction into the Wichita Business Hall of Fame in 1997; UCLA's hotel industry Lifetime Achievement Award in January 2001; and Michiagan State University's Distinguished Alumni Award in October 2001. In 2005, he received an honorary Doctorate of Humane Letters from Sterling College (Kansas). Within the industry, he has been honored with the Lodging Conference coveted Above and Beyond Award and the Hunter Conference Award for Excellence and Inspiration. In 2012, DeBoer was inducted into the Hospitality Industry Hall of Honor at the University of Houston and was selected by the American Hotel and Lodging Association for the Lodging Inspiration Award. Most recently, he was recipient of the Contemporary Honor Award from the Kansas Business Hall of Fame.

Jack DeBoer also loves to fly. He is an active pilot and has flown the corporate aircraft as Captain. He currently holds the 3 kilometer world speed record for jet aircraft under 18,000 pounds. In 1988, DeBoer and his wife, Marilyn, completed a four-month-long trip around the world in his Gulfstream II. Their trip itinerary followed the history of man for the past 7,000 years, and they studied the needs of the world throughout their travels. From this experience, the Deboers are now deeply involved in World Vision projects in Burma.

The DeBoers have two grown children and three grandchildren. Most recently, he authored a book titled Risk Only Money, all the proceeds of which benefit World Vision-Burma. 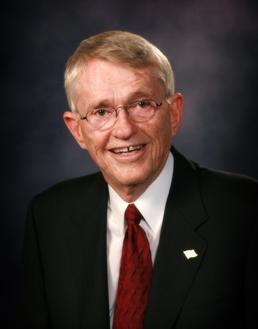