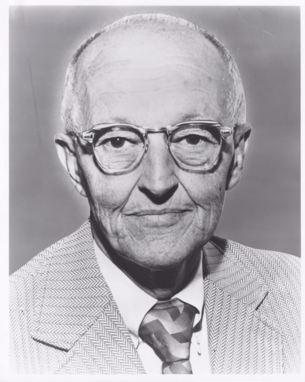 It can be argued that no single person made more of an impact on pet nutrition than Dr. Mark Morris, Sr. Born in New Jersey in 1901, Dr. Morris earned his veterinary degree from Cornell University in 1926. Dr. Morris began his practice in 1928 when he opened the Raritan Hospital for Animals in Edison, New Jersey. His focus was on the care of companion animals and their owners. The hospital was only the second of its kind in the country, as the vast majority of veterinary science was dedicated to livestock and farm animals at that time.

Frustrated by the lack of research regarding pet nutrition, Dr. Morris set out to conduct his own. He believed that the disease and illness he saw in his practice could be more effectively treated and, even in some cases, cured with proper nutrition from a balanced diet. However, Dr. Morris knew that in order to treat the animals, he must first work to develop a more efficient and accurate diagnosis process. So, he did just that. In partnership with Dr. Jim Allison of the Rutgers University biochemistry department, he worked to develop his ideas and test his hypotheses. Although his ideas were not always well received, Dr. Morris soon earned a reputation as an expert in his field.

By 1939, Dr. Morris developed his first pet food formula. The mixture had shown promise in the treatment of kidney failure and insufficiency in dogs. That year, Dr. Morris was approached by Morris Frank, a young blind man who was a national ambassador for The Seeing Eye guide dog school. His seeing-eye dog, Buddy, was dying of kidney disease. Frank was desperate to find a cure for Buddy and he had heard that Dr. Morris might be able to help. Buddy was put on a diet of Dr. Morris' food and, in a short period of time, his health had greatly improved.

Word quickly spread as Morris, Frank, and Buddy continued their travels. Soon, the demand for Dr. Morris' pet food exceeded the amount he and his wife could produce. The problem was solved when Dr. Morris teamed with Hill Packing Company in Topeka, Kansas, to produce and package his food formulas. Dr. Morris continued to design pet foods to cure various animal ailments and illnesses which Hill's would then market. The historic match grew into a booming business encompassing Hill's Prescription Diet and the more recent Hill's Science Diet lines of pet food. Thus, Dr. Morris is credited as being a founder of Hill's Pet Nutrition. Hill's is currently the leading brand recommended by vets.

In 1948, Dr. Morris established the Morris Animal Foundation which continues to provide funding for pet care and wildlife research as well as veterinary scholarships. The nonprofit foundation is the largest of its kind with close to 50 million dollars in funds at this time. In addition to research regarding cats and dogs, the foundation has made breakthroughs in equine health, as well as innovations in the care of wild animals such as elephants, cheetahs, and gorillas.

Dr. Morris also served as the first president of the American Animal Hospital Association and as president of the American Veterinary Medical Association. His commitment to raising the standards of pet food nutrition created the basis for the Association of American Feed Control Officials. Dr. Morris remained exceptionally active in animal medicine until his death in 1993. In his 92 years of life, Dr. Morris did more to improve the quality of life for companion animals and their owners than any other person in history.