After graduating from Harvard in 1988, Brenneman joined Bain & Co. Inc., and helped resuscitate real estate powerhouses TrizecHahn and Trammel Crow. He made partner in four years, at the age of 31, and in 1993 landed a consulting position with Continental Airlines. His success with that assignment impressed Gordon Bethune, a former Boeing executive who was trying to rescue the then-troubled airline. Bethune convinced Brenneman to join Continental as CEO in 1995, and by 2001 the airline boasted a long list of accomplishments and awards and was ranked 18th on Fortune's list of the "Best Companies to Work For." In addition, during the period of Brenneman's tenure as CEO, Continental's stock price rose from $6.25 per share to $120 per share (pre split).

In 2001, after six years at Continental, Brenneman returned to Turn Works Inc., a company he had helped found in 1994. Turn Works is a Houston-based private equity firm that focuses on corporate turnarounds. Turn Works principles undertake long-term assignments in companies with the goal of dramatically improving financial performance, delivering best-in-class products and services, and creating an environment where employees like coming to work.

In 2004, at the age of 42, Brenneman accepted the position of Chairman and CEO of Burger King Corp. Burger King's profits and market share had slipped dramatically in the year's preceding 2004 and the board of the privately held corporation felt that Brenneman might be able to turn things around. Within one year of Brenneman taking over as Chairman, Burger King enjoyed positive comparative sales, a 40 percent reduction in the cost of building a new restaurant, delivery of outstanding new products, award-winning advertising, dramatically improved service in the restaurants and a complete rebuilding of relationships with franchisees.

When asked the secret of his success, Brenneman acknowledges his educational background but often credits his upbringing in Kansas the true secret to his success. He believes Kansas instilled within him a strong work ethic. He has been quoted as saying, "I got more out of the farm than Harvard Business School."

Brenneman was appointed Chairman of CCMP Capital (Airmark, AMC Theaters, Quiznos, Francesca's, etc.) and a member of CCMP's Investment Committee in August 2008. He served as executive chairman of the board of Quiznos, a national quick-service restaurant chain, from August 2008 to July 2010 and as president and chief executive officer of Quizons from January 2007 to August 2008. He has been the chairman and chief executive officer of Turn Works, Inc., a private equity firm since November 1994. Brenneman also serves on the board of directors of Home Depot, Inc. and Automatic Data Processing.

Mr. Brenneman has been published in the Harvard Business Review and profiled numerous times in publications such as the Wall Street Journal, USA Today, Fortune magazine and Chief Executive magazine. A partial list of his many awards and recognitions includes:

He continues to support his alma mater (Washburn) and contines to add to the endownment of the Greg and Ronda Brenneman Professorship in Business Strategy. 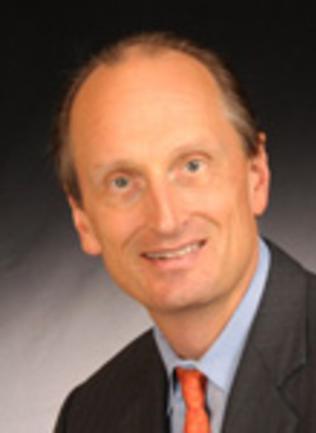