Roy Applequist was born in Salina, Kansas, on June 3, 1946. Some might say that his path was set from the beginning. The son of Quintin Applequist, the creator of Roberts Industries, Inc., Applequist grew up working for his father's equipment manufacturing company where he gained first-hand knowledge of the business. Applequist graduated from Salina High School in 1964, and completed his education at North Park University in Chicago where he earned a B.A. in Economics in 1968. He returned home to Salina and, in addition to serving as a member of the U.S. Army Reserves, worked as manager of the foundry division of Roberts Industries, Inc. until the company was sold in 1975.

On April 1, 1976, Applequist began his own company - Great Plains Manufacturing, Inc. His initial plan was simple; he personally met with 100 farmers and listened as they told him about their unmet needs. Applequist took that information and, starting with just one tool, produced a 30-foot folding grain drill with a large grain box that could be transported when full - exactly what the farmers had asked for. Once the prototype was completed, he quickly recruited farm equipment dealers to sell and service his product. The success of his product and company grew together as 25 drills were sold the first year and 100 the next, with sales doubling a year after that. It was not long until the company expanded its product offerings and gained a reputation for providing high-quiality implements that met customer needs.

As the company has grown, Applequist's commitment to truly listening to customers has not diminished. He has taught his employees to do so as well, which has been a major factor contributing to the company's growth into one of the nation's leading privately-held manufacturers of its kind. Great Plains Manufacturing, Inc. currently does business in all 50 states and has expanded into more than two dozen foreign countries. In recognition of their amazing success outside of the United States, the company was named 2006 Kansas Governor's Exporter of the Year.

That is not the only quality that sets Roy Applequist apart. As his company has expanded, he has had infinite options when deciding where to locate new plants and offices. Instead of spreading far and wide, Applequist chose to grow his company in Salina and the surrounding area. Great Plains Manufacturing, Inc. and its subsidiaries have provided counteless jobs and positive economic growth to small Kansas towns such as Assaria, Abilene, Kipp, Enterprise, Lucas, Tipton, and Ellsworth. Currently employing over 1,000 people, it is undeniable that Great Plains, under the leadership of Applequist, has made an immense impact on east-central Kansas.

In addition to the activities of Great Plains, Applequist has also been personally involved in several organizations. He has actively participated in Salina's First Covenant Church and has been a member of The National Board of Evangelical Covenant Church of America. He has also served the community as a board member for such organizations as Kansas Wesleyan University, Bank IV, the Salina Regional Health Center, and his alma mater - North Park University. In recognition of his business success and his personal positive contributions to the community, Applequist was inducted into the Salina Business Hall of Fame in 2006. 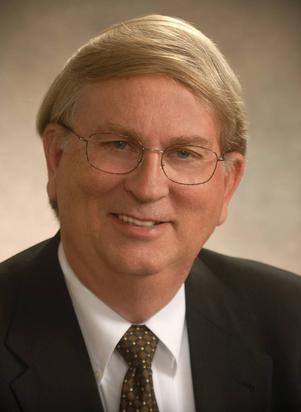