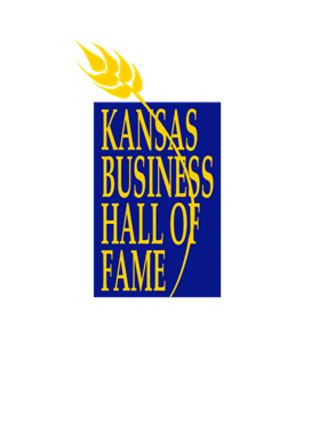 George Powell, Sr., was born near Linneus, Missouri, at the turn of the century. In 1917, he moved to Kansas City to begin a career in banking. For the next 30 years, Powell worked for Baltimore Bank and Traders Bank, until he moved to the trucking industry in 1947. Powell served as president of trucking company Riss & Co. for 5 years.

In 1952, Powell, along with his son George, Jr., and Roy Freuhauf of Freuhauf Trailer Co., bought controlling share in Yellow Transit Freight Lines. Under George Powell, Sr.'s, leadership, the ailing company was saved from bankruptcy and soon began to see rising revenues. Within months of acquiring the company, Powell and his team restructured Yellow Transit Freight Lines into a more efficient and innovative company. With bases in Oklahoma and Kansas City, the company began to focus on long-haul routes, dropping its short-haul businesses.

The following years have shown incredible expansion. The company acquired several other brands, gained market share, and grew into a Fortune 500 company. The parent company is now known as YRC Worldwide and ecompasses several subsidiaries, including Roadway, USF and Yellow Transporation.

George Powell, Sr., was active in the American Trucking Association and the American Institute of Banking. In addition, he led several campaigns to develop the Kansas City area. He served as chairman on the committee that pushed for passage of the Kansas City earnings tax in 1963. Two years later, he chaired the committee that helped create city bonds to fund basic services. He was also instrumental in the bond campaign to construct Kansas City International Airport in 1966, and led the bond drive to create the Harry S. Truman Sport Complex in 1967. In addition, he helped bring public television programming to Kansas with the establishment of Channel 19. He continued to be actively involved in his community until he died in 1981.

Although George Powell, Sr., passed away over several years ago, his impact remains. Organizations in both Kansas and Missouri continue to benefit from the Powell Family Foundation. The Foundation provides funding across the board, although primarily for programs that benefit the youth of Kansas.

Powell's legacy also lives on through the beauty of Powell Gardens. George Powell, Sr., purchased the land that was to become the gardens in 1948. His family enjoyed the land for many years until Powell donated the farm to the Boy Scouts of America in 1969. After use as a scout camp, the area was converted into a field station in partnership with the University of Missouri's School of Agriculture. The idea for the botanical gardens was developed in the mid-eighties and the grounds opened to the public in 1988. Powell Gardens has grown to encompass over 900 acres of meadows, display gardens, and a nature trail and is a great source of enjoyment for all who visit.