As captain of his Lincoln, Neb. High school debate team, Jack Goldstein thought he was only coming to Manhattan for the summer of 1933. His father needed his help in a new business venture—buying cattle hides and pelts in small towns and selling them in Kansas City.

Instead, Goldstein stayed in Manhattan to help his father, graduating from Manhattan High School the following spring. Although he had intended to enroll at Kansas State University and eventually become a lawyer, his father’s business, Kansas Hide and Wool Company, still needed him.

A stint as a B-24 navigator during World War II took Goldstein away from the business temporarily, but he resumed his position in Manhattan after the war ended. Following the death of his father, Goldstein took charge of the company which later turned to buying steel in bulk from mills, storing it in warehouses, and then reselling it in smaller quantities.

Steel and Pipe Supply Company was born from that idea, and operated for many years from a warehouse on Third Street in Manhattan. The company’s corporate office remains in Manhattan, while warehouses are now located in Houston, Tulsa, St. Louis, Omaha and Kansas City.

Goldstein’s list of service and contributions to Manhattan is an extensive one. He has served as a Manhattan city commissioner and president of the Manhattan Chamber of Commerce. A dedicated supporter of Kansas State University, Goldstein received a Distinguished Service Award from the KSU College of Business Administration. His support for the military has been marked by numerous awards and a term as president of the Association of the United States Army for nearby Fort Riley.

A steady supporter of the arts, Goldstein has been a benefactor to Manhattan’s public library and serves on the board of the Beach Museum of Art at KSU. Goldstein and his first wife, Jean, began to collect art in their early years. He continued that activity with his second wife, Joann, whom he married 26 years ago after Jean’s death. 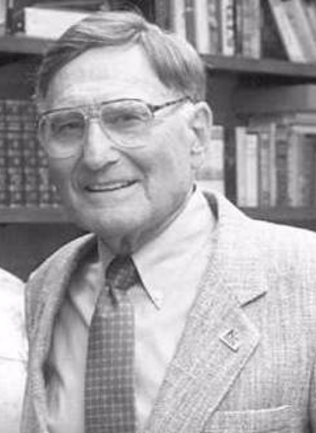