Born in Emporia, Kansas, on February 10, 1868, William Allen White is one of the state's best-known native sons. He was reared in Butler County, where he learned the printer's trade under the tutelage of T. P. Fulton of the El Dorado Republican.  In 1891, White joined the staff of the Kansas City (MO) Journal and subsequently worked for the Kansas City Star. In 1895, the ambitious young journalist purchased the Emporia Gazette, which he owned for nearly a half century, until his death on Kansas Day, January 29, 1944.

Although a Pulitzer Prize winning author, he was a successful businessman and recognized as such. He regularly used the pages of his newspaper to "boost" his state and community, and to do what he could to foster a climate attractive to outside investors of capital and, therefore, conducive to economic development. White inaugurated the first of many Emporia Street Fairs in 1899, as a major promotional event. Ray Call noted in his recent book that these fairs helped establish Emporia as a major market place in the area.

During the intervening years, White developed a wide reputation as an editor, journalist, author, and political advisor and pundit. He wrote five novels and articles for various popular, national magazines. He served as associate editor for the reorganized American Magazine. By writing a "What's the Matter with Kansas?" editorial, he caught the attention of McKinley Republicans and gained a national political reputation. A lifelong Republican, White could be something of a maverick and supported the Progressive candidacy of Theodore Roosevelt in 1912, and ran as an independent for governor of Kansas in 1924.

In later years, he chaired the international and bipartisan "Committee to Defend America by Aiding the Allies" (White Committee). This committee supported efforts by Franklin D. Roosevelt to make the U.S. an active supporter of those resisting Hitler.

Upon learning of White's death, President Roosevelt wired his "deepest sympathy" and lamented: "The newspaper world loses one of its wisest and most beloved editors in the death of William Allen White. He made the Emporia Gazette a national institution. As a writer of terse, forcible and vigorous prose, he was unsurpassed. He ennobled the profession of journalism which he served with such unselfish devotion through more than two score years."

The business he ran for nearly fifty years continues its successes, still run by his family descendants, these many years later, as a successful Kansas family business. 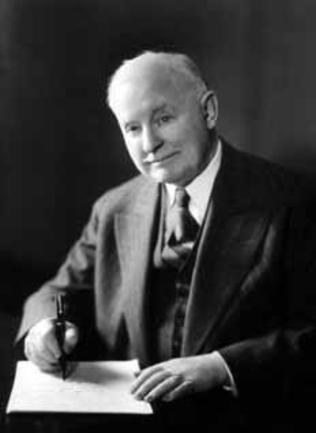