Alva Lease Duckwall was born on a farm in Ohio in 1877, and moved to Kansas with his family in 1898, where they settled in the town of Greenleaf. Lease, as he was called, opened a shop where he sold and repaired sewing machines and bicycles. In 1901, Duckwall sold his shop in Greenleaf for $413, borrowed an equal amount, and bought a Racket Store in Abilene. The store sold most of the small items needed in a home.  After a bit of time, Duckwall was joined by his brother, Wilbur, and they called the store "Duckwall Bros. RACKET STORE - A Little of Everything." In those early years, Lease Duckwall would hire a horse and buggy on Sunday afternoons, and, with a big bucket of red paint and a brush, drive around the countryside asking the farmers if he could paint a sign on their barns or gates. He usually got their consent and painted - "There are others, but none like Duckwall Brothers." Later, he advertised in all the county papers - "Meet your friends in Duckwall's." And, everyone did, for the farmers all came to town on Saturday night. The Duckwalls knew them and were glad to see them. The store was always open on Saturday nights and Christmas Eve until the last person left.

A second store was opened in Salina, in 1906, which Wilbur managed. More partnership stores were opened. Number 3 was opened at Manhattan, with Leslie Wagaman as manager. Later, two other brothers joined in partnership stores. Medrith managed a store that opened in Clay Center in 1910. Eldon worked in the Abilene store when Lease needed to spread his time among the other stores, the office, and the wholesale business that had been started to serve the stores. The Concordia store opened in 1911, followed by Junction City, and by Great Bend in 1914. A.L. Duckwall, as he was then known, was a partner in each of the seven stores.

In 1915, a corporation was formed, which became "The A. L. Duckwall Stores Company." A.L. was President and General Manager. The warehouse and distribution business was incorporated as The Western Merchandise Company in 1918, with A. L. Duckwall as President and General Manager. Two qualities attributed to Duckwall in news accounts of the time were "square shooting" and his ability to get the most out of men without driving them.

A. L. Duckwall married Retta White in 1904. Their family included two daughters, Doris and Donna, and one son, Junior. He belonged to the Lutheran Church, the Commercial Club, the Country Club, Rotary, Knights Templars, Shrine and the Democratic Party. He was a director of The Farmers National Bank, the Dickinson County Building & Loan, and the Abilene Realty Company, among others.

At the time of his death, a heart attack at age 59, in 1937, Mr. Duckwall had built the company to a chain of over 40 popular price variety stores throughout Kansas and Colorado.

With this foundation, in 1999, there were now 96 "Duckwall's Hometown Variety Stores" in 11 states operating under the Duckwall-Alco Stores, Inc. umbrella, based in Abilene, Kansas. 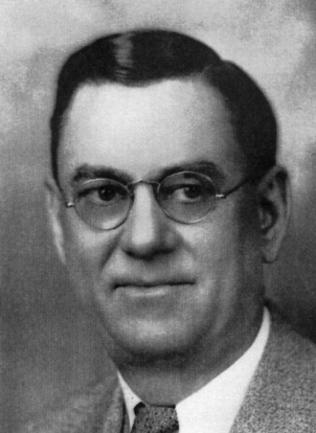