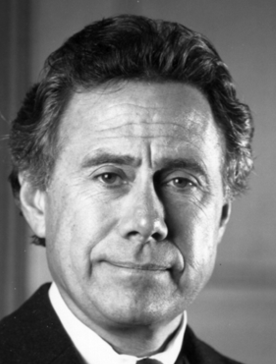 Philip Anschutz was born in Russell, Kansas, in 1939. His father was deeply involved in the rough-and-tumble 1950s oil market in Kansas and Wyoming which gave young Philip a zest for business early on. As a fourth-grader he is said to have mounted his Kool-aid roadside stand on two pairs of roller skates and rolled it up to the nearby college campus. The family moved often, including Hays and Wichita where he graduated from high school.

Mr. Anschutz graduated from the University of Kansas in 1961, where he earned a finance degree, with honors, and enrolled at the University of Virginia law school. But, when his father fell ill, and, the family's finances took a turn for the worse, he returned home to help run the family business. He was quoted as saying the next five years were the hardest of his life, and, "As a wildcatter, 95% of everything you do is failure: Most holes are dry!" But, it turned out that Philip Anschutz had and has a remarkable ability to see hidden value where others don't and to act quickly on that knowledge while others hesitant and miss out on the opportunity. He attributes it to watching his father and then developing his own sense of strategy and timing.

His first big strike in 1967 tells a lot about the man. On first discovery of the oil, he immediately bought up surrounding oil leases, buying them on credit. The next day, a spark ignited the entire field, threatening to bankrupt him. He called in the famed firefighter, "Red" Adair, who was reluctant to cap the blazing well without assurance of compensation. Anschutz contacted Universal Studios, who were filming a story on Adair at the time, and sold them rights to film his fire, for $100,000, enough to assure payment to Adair and continued operations. In 1982, Anshutz sold a chunk of his find to Mobil for $500 million. This allowed him to diversify his investments into real-estate, agricultural interests and otherwise.

Philip Anschutz, and his wife, Nancy, have made their family home in Denver, Colorado, where they have raised three children to adulthood. They have a relatively modest home and attend an Evangelical Presbyterian church regularly. Philip has run in over 15 marathons and they work hard a leading a "normal" live with old friends and close business associates.

In 1984, he bought the small Denver & Rio Grande Western Railroad. In 1988, he took control of the Southern Pacific Railroad. In a short time, development of a fiber-optics network along the railroad right-of-way begun. In 1996, the Southern Pacific was sold to the Union Pacific Railroad for $5.4 billion. Philip Anshutz retained a 5.4% stake in the combined company. In addition, he retained the telecomm company and the fiber-optics network it was based on along the railroad right-of-way. 1997, this company, now called Qwest Communications, was taken public. As a public company, Anshutz still owns 84%. His original $55 million investment was then valued at $4.9 billion, earning him the designation recently, by Fortune magazine, as the "billionaire next door," estimating his worth well over $10 billion, in the fall of 1999.

Another interest in recent years has been the area of sports and real-estate. The Anschutz Corporation has ownership interests in the Major Soccer League and teams in Chicago and Denver, as well as the Los Angeles Kings and the Los Angeles Lakers. The are opening a new area in Los Angeles with related real-estate developments surrounding the area. Further, Anschutz has agricultural interests in Colorado, Wyoming and Texas in excess of 335,000 acres.

The Anschutz Foundation, a charitable organization, has, in recent years, begun to make substantial contributions to a number of worthy causes of interest to the family.