Ross Beach, business leader and philanthropist, is a life-long Kansan. His basic career in oil and gas production, he is President of Kansas Natural Gas, Inc., and is also actively engaged in banking and ranching. He was formerly active also in the radio, television, and cable industry. He is a registered professional engineer.

Beach was born February 22, 1918, in Abilene, Kansas, to Roy and Mary (Lankow) Beach. When 17 days old, his mother died, and he was raised by his uncle and aunt, Ross (for whom he had been named at birth) and Mattie (Lowe) Beach. An older brother, Roy, no deceased, remained with his widowed father. They moved in 1924 from their first home in Solomon, Kansas, where Mr. Beach had installed the first power plant, to Hays after United Utilities of Abilene purchased the Solomon plant and asked Mr. Beach to become manager of their company in Hays. Young Ross attended the Hays public schools and Kansas State University, from which he graduated in 1940.

Ross served in naval aviation during World War II. He continued to utilize flying in his business and flew for nearly 50 years, logging more than a million miles in the air and receiving numerous citations for his record of flight safety.

Beach is an avid hunter and traveler, having hunted in India, Kenya, Mozambique, British Columbia, and Kodiak Island, as well as in the United States.

He is a member of the First Presbyterian Church, the Masons and Shrine, and of Quiet Birdmen. He is a senior active member of Rotary and a Paul Harris Fellow. His fraternity is Beta Theta Pi. 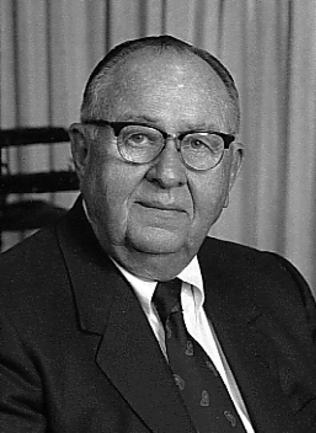