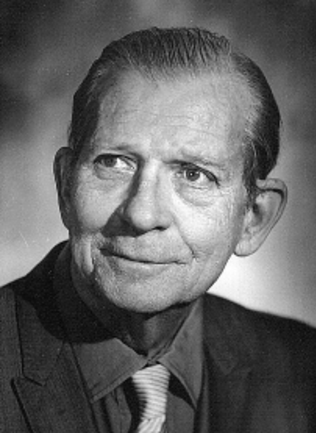 Lloyd Stearman was an aviation pioneer who was instrumental in founding the aircraft industry in Wichita, Kansas. Together with Clyde Cessna and Walter Beech, Lloyd Stearman formed the Travel Air Manufacturing Co. in 1925. The trio's efforts produced the first Travel Air bi-plane that year.

In 1926, Stearman formed his own company, Stearman Aircraft Co., in Venice, California, which he moved to Wichita the following year. Suffering from the stock market crash of 1929, Stearman merged his company with United Aircraft Corp., later known as United Airlines. The Wichita plant became the Stearman division of Boeing, which produced his famous biplane design, used extensively for training thousands of American pilots during World War II.

Returning to California in 1932, Stearman invested in the near bankrupt Lockheed Aircraft Co., became its first president under reorganization, and turned the company into an aerospace giant. The famous Lockheed Electra, designed by Stearman, was flown by the legendary Amelia Earhart.

In the early 1940s, Boeing produced some 10,000 Stearman biplanes, whose sturdiness helped make it the primary trainer for Army and Navy air cadets in World War II. About 1,000-1,500 of those original Stearmans are still buzzing around happily, thanks to the loving care of the Stearman Restorers Association.

A native of Wellsford, Kansas, Stearman was an architecture student at Kansas State University, and earned his wings as a Navy pilot in World War I.