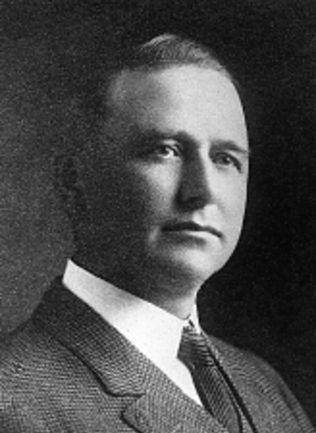 One industry analyst has noted that the achievements of the Bechtel Group as the largest U.S. construction and engineering firm have reshaped more of the earth's landscape than virtually any other human efforts in history.  As a private and predominantly family-controlled business, Bechtel Group., San Francisco, California, has long been averse to publicity. Most of Bechtel's business comes from building traditional electric utility plants, although the company also has played a key role in the development of the domestic and foreign nuclear power industries.

Warren A. Bechtel was born Sept. 12, 1872, the son of John Moyer and Eleizabeth Bentz Bechtel.  In 1884, when Bechtel was 12, he moved with his family from a farm in Illinois to Peabody, Kansas.  After high school graduation and an unsuccessful music career, Bechtel returned to the family farm.  Poor farming conditions left Bechtel with nothing but 14 healthy mules. When the Chicago Rock Island and Peoria Railway Company pushed westward in 1889.  Bechtel gathered up his team and worked his way across the continent grading railbeds for frontier train lines.  He eventually sold his mule team but continued working for the rail industry in a variety of manual labor positions.

He managed to accumulate a small fortune and formed the W.A. Bechtel Company with his three sons and his brother.  The young company began many new ventures, including construction of the Northern California Highway and the Nowman Dam, which was at the time the second largest rock-fill dam in the world.  By the time the company incorporated in 1925, Bechtel was the largest construction firm in the western U.S.

When a six-company consortium received the $49 million contract for the construction of the Hoover Dam, Warren Bechtel became president of the group, known as Six Companies, Inc.  The dam was the largest engineering project of its kind in the world.  The contract called for a dam 730 feet high and 660 feet thick at it's base, forming an artificial lake 115 miles long, the largest in the world.  Work on the enormous dam lasted from 1931-1936.  Warren Bechtel did not live to see the project completed. However, he died unexpectedly in 1933, at age 61 in Moscow.

His achievements as a construction engineer stamped him as one of the leaders of his professsion in the U.S., yet success left him unspoiled.  Through all his triumphs he remained the simple, unaffected kindly pioneer type of western contractor who commanded public esteem and respect.

Bechtel was one of the charter members of the Associated General Contractors of America, of which he was national president in 1929.  He was a 32d Mason 4, an Elk, and a member of the United States and the San Francisco chambers of commerce.