With grades throughout high school and college noted as poor to average, Kenneth Aldred Spencer did not appear, academically at least, to be a successful businessman in the making.  He did have, however, devoted parents, examples of successful business people among his family and friends, and clearly self-defined expectations.  When his Kansas University fraternity house collected from its members written goals to be placed in a time capsule in the cornerstone of a new frat house building, Spencer wrote he expected to run an “integrated coal and chemical business.”   In the coming decades, Spencer proved his abilities, establishing himself as a prosperous industrialist.

Kenneth Spencer was born in Columbus, Kansas, on January 25, 1902. In the early 1900s, his grandfather John and later his father Charles owned the Columbus Coal company in southeast Kansas where nearly 60% of the state’s coal was produced.  In 1911, Charles, considered the Kansas leader and pioneer in surface mining processes, purchased controlling interest in the Pittsburg & Midway Coal Mining Company (P&M) and moved his wife Clara, a devout and pious Methodist, and his three sons from Columbus to Pittsburg, Kansas.  Kenneth benefitted from living in a neighborhood of coal mining culture and coal industry pioneers such as Thomas McNally, Jr.

Hoping to play collegiate football, Spencer participated in team sports throughout high school until a vertebrae injury sidelined him.  His father, wanting Kenneth to be exposed to hard labor, insisted he work summers not at the family company, P&M, where he might be less motivated, but for their neighbor Thomas McNally’s boilermaker company.  In 1922, Spencer enrolled in the University of Kansas, graduating in 1926 with a major in geology and chemistry.  Kenneth returned to Pittsburg, became a junior engineer with P&M, and soon married a high school classmate, Helen Foresman.

In 1935, Charles organized a subsidiary of P&M, the Mineral Products Company, which utilized Kenneth’s invention of machinery and a process to remove pyrite from coal.  Pyrite is a source of damaging sulphur emissions and corrosive acid in drainage.  During the pre-World War II years, Kenneth lobbied the U.S. government to establish ordnance plants in the Midwest and was eventually granted the construction and management position of the Galena Kansas, Jayhawk Ordnance facility, which produced weaponsgrade ammonia nitrate. In 1942, Charles died, leaving equal shares of P&M to his three sons.  Kenneth succeeded Charles as president of the company, continuing successful and innovative coal mining processes.  In 1951, he purchased the ordnance facility from the U.S. government, renaming it the Spencer Chemical Company, began to produce ammonium nitrate agricultural fertilizer, and expanded factory operations to four other states.

During these successful business years, Kenneth and Helen established the Spencer Foundation and saved money to make charitable donations eventually totaling over $18 million, educational institutions and museums among the beneficiaries. Kenneth did not live to see much of the good of his foundation, dying suddenly of a heart attack in 1960 at age fifty-eight years.  His name adorns the Spencer Research Library and the Spencer Museum of Art at his alma mater, University of Kansas; the Spencer wing of the Collins Library at Baker University; and the Spencer Chemistry building at the University of Missouri, Kansas City.  Annually, the Kenneth A. Spencer award, which recognizes meritorious contributions in the field of agricultural and food chemistry, is presented by the American Chemical Society. 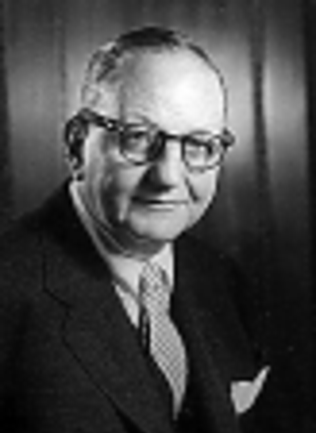