Thomas J. McNally Jr., was born in 1882, to Irish immigrants living in Grand Rapids, Michigan.  His father, Thomas Sr., learned the boilermaker trade and, in 1889, moved his family and his business ambitions to Pittsburg, Kansas, to take the town’s offer of land and a building.  Suffering a financial set back and failed business during the Panic of 1893 and a coal strike, McNally Sr., started operations anew with funds from his recently deceased mother-in-law’s estate.

In 1903, Thomas Jr., became partner in his father’s boiler repair shop on West Third Street in Pittsburg. After his father’s death in 1906, he assumed full ownership of the small concern.  With financial assistance from a large coal company in the region, the shop expanded to include a machine shop, specializing in repairs of power coal shovels.  McNally’s business boomed during the World War I years when the coal mining industry in southeast Kansas rapidly expanded.

McNally designed, manufactured, and erected in a Pittsburg coal field the first all steel tipple, which reduces and screens mined coal into sellable sizes.   In 1931, not slowed at all by the Great Depression’s economic downturn, the firm became the McNally Pittsburg Manufacturing Company opening its first foreign location and constructing entire coal processing plants.  These were filled with innovative McNally designed machinery such as specialized coal washers.  By 1951, McNally Pittsburg employed over five hundred persons locally, greatly contributing to the region’s economy. The company acquired two of its major competitors and expanded foreign operations, becoming the world’s largest supplier of coal mining equipment.

McNally served as president of the company until 1955, and was known to be interested in civil affairs and in businesses beyond his own industry.  He served as a trustee of the Menninger Foundation of Topeka and of Rockhurst College of Kansas City.  He was a member of the industrial advisory board of the Federal Reserve Bank of Kansas City and served on the board of directors of the Kansas Gas and Electric Company of Wichita, the National Bank of Pittsburg, and the Kansas City Southern Railway. 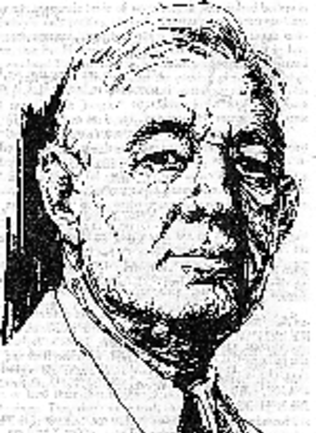