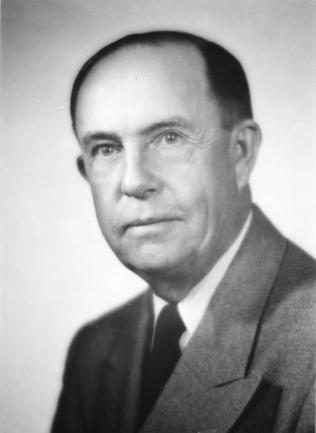 It was in his hometown of Hope, Kansas, that Stauffer decided to print his own newspaper. The founder and honorary board chairperson of Stauffer Communications began his career as a reporter for the Emporia Gazette. Pay was low, but experience gained under the tutelage of William Allen White, which proved invaluable in later years. When White fired Stauffer, telling him to go to college, Stauffer enrolled at the University of Kansas supporting himself by working part time for the Kansas City Star. After his second year at KU, the Kansas City Star employed him as a reporter and later as assistant city editor.

Soon after, Stauffer used his savings to buy a weekly newspaper at Peabody and consolidate them into the Peabody Gazette-Herald. His first venture into daily newspaper publication was with the acquisition of the Arkansas Daily Traveler in 1924. Stauffer Publications became a success in 1930, with the consolidation of six separately owned newspapers. He moved to Topeka,  in 1940, with the purchase of the Topeka State Journal. His newspaper holdings rose slowly, until 1957, when his company purchased Capper Publications, which brought the Daily Capitol, WIBW, and Capper's Weekly into the group. In 1977, they changed the firm name to Stauffer Communications.

A Republican, Stauffer was a national chair of the Landon Committee, which helped to cause the Alf Landon's nomination for U.S. President.

He long had an interest in education and provided many scholarships to worthy and needy students in Hope, Emporia, and Topeka. His philanthropic gifts included $1 million to the Kansas University School of Journalism.  A $100,000 endowment of the Oscar S. Stauffer Chair in Journalism at KU, in memory of William Allen White, and a $250,000 permanently endowed fund at Washburn to create the Oscar Stauffer International Lecture Series.

Among his civic activities, Stauffer was the first chair of the Kansas Industrial Development Commission, which later became the Kansas Board of Regents, several terms as chair. He served on a committee that sparked the reorganization of the Associated Press and subsequently served as Ap Vice President. In 1950, he was president of the Inland Daily Press Association, a publisher's organization covering 21 states.

At the time of his death in 1982, he was an honorary board chair of Stauffer Communications, a publicly held company that owns and operated 20 newspapers, two TV stations, nine radio stations and several affiliated operations in 11 states.