Preparation, anticipation, and “that it was not the circumstances so much as how management dealt with the circumstances” were key principles in the successful, diverse business endeavors of Raymond Hugh Garvey.  Garvey shared with his peers and managers a slogan he once saw on the wall of a Wichita, Kansas, business: “Nine-tenths of wisdom consists of being wise in time."  And timing was everything as Garvey built a superlative business empire in agriculture, construction, and oil production.

Ray Garvey was born in Phillips County, Kansas, on January 3, 1893. Always knowing he wanted a college education, the teenaged Garvey grew wheat on rented property and later worked two paper routes to fund his schooling at Washburn University in Topeka. After graduating with a law degree in 1915, Garvey moved to Colby, Kansas, to open a law office. With funds made from the sale of his paper routes and also with earnings working as the Thomas County attorney, Garvey invested in a farm and, in 1916, married his college sweetheart, Olive White.  After practicing law for three years and partnering in a land business, Garvey found entrepreneurship suited him better than a law career.

In 1928, Ray, Olive, and their four children moved from Colby to Wichita for educational and business opportunities. Now a corporation, Garvey Farms amassed 100,000 acres of farmland in Kansas and Colorado and, in 1947, under the management of John Kriss, the Farms posted a world record annual harvest of one million bushels of wheat. The Garvey-Kriss partnership implemented innovative and sustainable farming techniques: custom combining and summer fallow farming, keeping some land out of production during a regular growing season.

During the World War II and Korean War years, Wichita’s aviation and war materiel plants boomed with military production which drew thousands of new workers to the city.  A severe housing shortage developed. To meet the demand, in 1940, Garvey and his son Willard established Builders, Inc., a residential real estate development business which built and managed over two thousand apartments, attached fourplexes, several hundred single family “cottages,” and four shopping centers.  Garvey used his powerful persuasion and business savvy to move city government to sell him foreclosed lands for the developments and tapped the Federal Housing Authority for capital and building supplies which were in short supply during the war years.

In 1948, Ray further diversified his business holdings and established Garvey Drilling and Petroleum, Inc., eventually owning and operating more drilling rigs and oil and gas wells than any other person in Kansas at the time.  Into the 1950s, Garvey bought when he could and built when necessary enormous grain elevators, the world’s largest in Wichita, to store his own wheat and the U.S. government’s subsidized stockpiles.

By the late 1950s, Garvey was considered the most civically active multi-millionaire in Wichita and the richest person in the state of Kansas.  To recognize his achievements, Ray’s alma mater, Washburn University, awarded him, in 1958, an honorary doctorate degree.  From the beginning of their marriage, when each of his businesses grew large and successful, Ray always appointed Olive as vice president on the board of directors and included her in corporate business meetings.  In July of 1959, Garvey, age sixty-six years, was killed in an auto accident near McPherson, Kansas.  After Ray’s tragic death, Olive, until age 99, and his children continued to head Garvey, Inc. 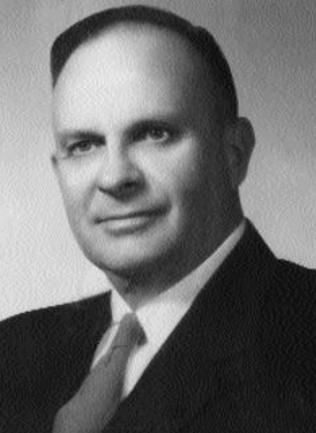