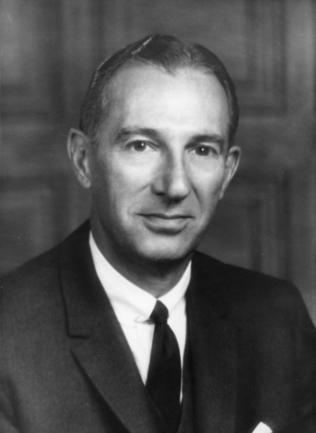 Under the leadership of Henry Agnew Bubb, Capitol Federal Savings and Loan Association grew from 12 employees to one of the largest financial institutions in Kansas. Bubb started with Capitol Federal as a clerk in 1926, and was elected President and Chairman of the Board in 1941, where he continued until 1969.

Bubb, born in Williamsport, Pennsylvania, in 1907, moved to Topeka, Kansas, at an early age. He attended Topeka public schools and the University of Kansas, and later received an honorary doctor's degree in business from Washburn University.

Bubb was active in many charitable organizations, such as the Topeka Chamber of Commerce, American Red Cross, and Kansas Research Foundation. He also served on the Kansas State Board of Regents from 1961 to 1977.