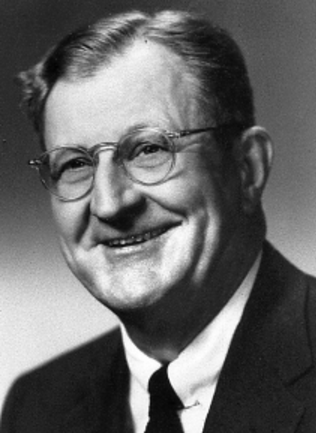 In the 1920s, Fred Chase Koch’s firm was effectively sidelined from doing business in the United States by competitors’ lawsuits.  The Winkler-Koch Engineering Company developed an innovative refining process which more efficiently converted crude oil to gasoline.  This cutting-edge process paved the way for small refineries to compete with the industry’s big companies.  Keen on eliminating the rival companies, the major refineries filed forty futile patent suits against Winkler-Koch, tying the firm up in court litigation for years.  In contrast to those trying earlier years, a 2019 Forbes business magazine ranked Fred C.’s legacy firm, Koch Industries, headquartered in Wichita, Kansas, as the second largest private company in the United States with 130,000 employees and $110 billion in revenue.

Koch was born in Quanah, Texas, on September 23, 1900, to Mattie and Henry Koch, a Danish immigrant.  A gifted student with math and science aptitude, Fred attended Rice Institute, now Rice University, and graduated from the Massachusetts Institute of Technology (MIT) in 1922 with a degree in chemical engineering.  Following graduation, Koch worked for the Texas Company (Texaco) Refinery and then in a position with Medway Oil in Kent, England, where his English boss considered him to be the “soundest chemical engineer in the world”.  Returning to the United States, Koch teamed with an MIT classmate, P.C. Keith, and L.E. Winkler to form an engineering firm.  Keith eventually left the partnership and the firm was renamed Winkler-Koch Engineering, the company which developed the new “thermal cracking” oil refining process in 1927.

The firm turned to refinery projects in Europe due to stateside patent litigation.  During the late 1920s and early 1930s, Winkler-Koch oversaw the construction of refineries in pre-World War II Germany and in the Soviet Union.  In his business dealings with the Soviets, Koch grew to fervently detest Communism and its oppressive rule.  Upon his return to the United States, Koch became co-founder of the John Birch Society, a staunchly anti-Communist organization.

In 1932, Koch married Mary Robinson of Kansas City and the couple had four sons.  Concerned that a life of privilege would diminish his sons’ sense of self-determination and cause them to rely on his successes, Fred gave the boys no allowances, but paid them for and required them to do manual labor working alongside ranch hands and living in the bunkhouses during summers at his Flint Hills and Montana ranches.

Koch formed a new firm in 1940, the Wood River Oil and Refining Company, which later became Koch Industries.  Second son, Charles, took over practical management of the company in 1966 and continues as chief executive officer to the present day.  More than a dozen separate companies, ranging from ethanol plants and cattle ranching to building materials production and medical technology development, form the giant conglomeration of Koch Industries.

Once described by a friend as a “typical old country boy who turned everything he touched into money,” Koch, who suffered with heart disease, died in 1967 at age 67 years while on a hunting trip.  Koch Industries, his legacy company, is philanthropically and politically active.