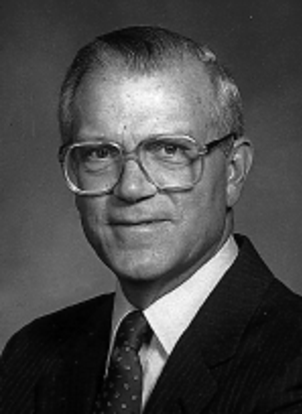 Hall is board chairman of the company founded by his father, Joyce C. Hall. Hall has spent his entire life in the family business. As a 17-year-old high school graduate, he worked as a Hallmark salesman. While at Dartmouth College in Hanover, N.H., he worked a nearby sales territory. In 1950, upon graduation from Dartmouth, he served with the Army in Japan.

He returned to Hallmark in 1953 and, in 1954 became assistant to the president. In 1958, Hall became administrative vice president and in March 1966 he was named president and chief executive officer. In June 1963 he moved to Chairman of the Board.

Hall serves on the board of directors of Dayton Hudson Corp. and United telecommunications Inc. In September 1990, he was selected by President Bush to chair the President's Committee on Arts and Humanities. He is one of three trustees of the Nelso-Adkins Museum of Art in Kansas City, a member of the Kansas City Symphony Board of Directors, and is a trustee of the Missouri Repertory Theatre.

Hall lives in Mission Hills with his wife, Adele. They have two sons, a daughter, and five grandchildren.