“Raider to Bombard Wichita.  Birdman on Night of Rally Will Show How an Enemy Could Cast Bombs From the Sky.  Clyde Cessna to Give Demonstration.”  These headline teasers appeared in the April 7, 1917, edition of the Wichita Daily Eagle newspaper.  The article goes on to assure readers “there will be no damage done” as Cessna, a self-taught pilot, plane designer and builder, and a household name in the region, demonstrated military maneuvers over a patriotic World War I rally.  In the decades to follow, Cessna established himself as an historic aviation pioneer and innovator.

Clyde Vernon Cessna was born December 5, 1879, in Hawthorne, Iowa.  When Clyde was two years of age, his family moved to Rago, Kansas, southwest of Wichita.  As Clyde grew, he displayed an aptitude for mechanization and design as he repaired and improved farm machinery, and in the process, helped support his parents and siblings.  Eventually, he plied his skills to automobile repair.  In 1907, as a married man with his own family, he moved with wife, Europa, and son, Eldon, to Enid, Oklahoma, to become manager of the Overland Auto Company.

During the early 1900s, aviation and modern airplanes were quickly developing.  An inspired Cessna determined to build his own plane and teach himself to fly after learning of the first crossing of the English Channel by a monoplane and after viewing a flying exhibition in Oklahoma City in 1911.  By June of that year, Cessna tested a spruce wood and fabric kit plane on the Salt Plains near his Enid home.  Finally, on a thirteenth attempt, the plane took a short flight to the height of fifty feet.

Cessna continued to build improved planes and attempted to support his family with earnings from exhibition flying.  Financial issues, however, required Cessna to return to the family homestead in Rago, Kansas, to resume farming while continuing his plane projects during the winters and flying exhibitions in the state and county fair seasons.  In 1916, the owner of the Jones Six motor car factory in Wichita offered Cessna the use of one of the empty plant buildings to construct his monoplanes, the first planes built in the city.  Cessna also opened a flight school on the factory grounds, enrolling student pilots and training them in his monoplanes.

In 1925, Cessna partnered with aviation innovators, Lloyd Stearman and Walter Beech, to form the Travel Air Manufacturing Company.  After two years, Cessna left Travel Air due to disputes with Beech and Stearman over producing a biplane or Clyde’s preferred monoplane design.  Striking out alone, Cessna opened his own firm, the Cessna Aircraft Company, and designed and constructed a fully cantilevered wing monoplane.  Because the Great Depression economy led to a severe decline in aircraft sales, Cessna filed for bankruptcy and shuttered the firm in 1931.  In 1934, Cessna reopened the plant and shortly sold the company to his nephews, Dwane and Dwight Wallace.  With their uncle serving as firm president and as an inspiring example of an inventive aviator, the Wallaces led the company through successful decades of military contract manufacturing during World War II and, as the world’s leader, into post-war production of innovative light planes.

Cessna died on November 20, 1954, age 74, in Wichita.  He was posthumously inducted into the National Aviation Hall of Fame and the International Air & Space Hall of Fame. 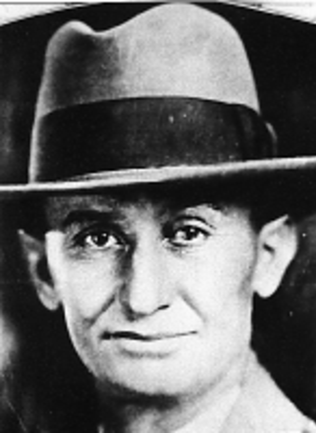