Ray E. "Ace" Dillon, Jr. has been Board Chairman of one of the largest retail grocery chains in the country, an operation that started in Hutchinson, Kansas as a single grocery store.  Dillon's has expanded into 600 outlets and 25,000 employees in a dozen states.

Dillon was president of Dillon Companies, Inc. for 18 years.  During that period, the store expanded outside of the state of Kansas to such states as Louisiana, California, Iowa, Arizona, Arkansas, Wyoming, Utah and Oklahoma.

At 18 years old, Dillon spent a semester at the University of Kansas before going off to fly fighter planes in Europe.  Returning to Kansas, he spent one more year in college.  Dillon moved into the chairman's seat in 1980, succeeding his father. 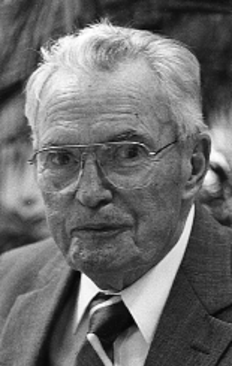