On January 18, 1926, Time magazine’s cover featured native Kansan, Arthur Capper, whose political and journalistic publishing influence was felt throughout the state and the nation in the first half of the twentieth century.  With his flourishing journalistic career paralleling his service as Kansas two-term governor and five-term U.S. Senator, Capper proved to be an advocate for the state’s agricultural industry, for child care, and for educational issues.

Capper was born to Quaker parents just after the end of the Civil War on July 14, 1865, in Garnett, Kansas.  At age fourteen years, Arthur worked as a printer for the Garnett Journal newspaper, paid one dollar per week.  After high school graduation, he followed his journalism interests and worked nine years as a typesetter and then as city editor and legislative reporter for the Topeka Daily Capital newspaper.  Soon after his marriage in 1892 to Florence Crawford, daughter of former Kansas governor Samuel Crawford, Capper, yearning to expand his journalism experiences, moved to the east coast,  first working one year as a reporter for the New York Tribune  and then as Washington D.C. correspondent for his former newspaper, the Topeka Daily Capital.

Following ambitions to be a newspaper owner and publisher, Capper returned to his home state and purchased the Topeka Mail and the Topeka Breeze newspapers. In 1901, he bought controlling interest of the Topeka Daily Capital.

In 1912, Capper, a Republican, unsuccessfully ran for the governor’s seat. A second attempt for the office was successful. Capper served from 1915-1919 as the first native-born governor of Kansas.  During his two terms, he guided the state through the World War I years, first advocating for American neutrality in the war, but then, after Germany began unrestricted submarine attacks on Atlantic Ocean shipping, supporting the nation’s entrance into the conflict. With deep concerns for agricultural production in the state, his administration promoted backyard vegetable gardens, canning clubs, and the goal of millions of bushels of wheat produced by Kansas farmers. Capper’s Topeka Daily Capital urged residents to “’win the war with wheat.’”

Immediately moving from the state house to the national legislature, Capper won election to the United States Senate, serving five terms from 1919-1949.  Capper served on Senate agricultural and forestry committees, notably co-sponsoring, among other bills, the 1922 Capper-Volstead Act which exempted farming cooperatives from anti-trust laws and the 1928 Capper-Ketchum Act which provided federal funds for state agricultural extension services under which the youth 4-H clubs were organized.  He supported President Roosevelt’s New Deal policies during the Great Depression, recognizing the need for assistance for his state’s citizens.  Within the state, during his Senate years, he continued his annual birthday party in Topeka which drew thousands to enjoy free food and festivities, established the Capper Foundation which aided children born with physical disabilities, and expanded his media holdings by purchasing two Kansas radio stations.

After retiring from the Senate, Capper returned to Topeka and remained active in his publishing businesses until his death on December 19, 1951, at age 86 years.  Capper was inducted into the Kansas Agricultural Hall of Fame and the Topeka Business Hall of Fame.  His charity, the Easter Seals Capper Foundation, continues today working to “enhance the independence of people, primarily children, with disabilities.” 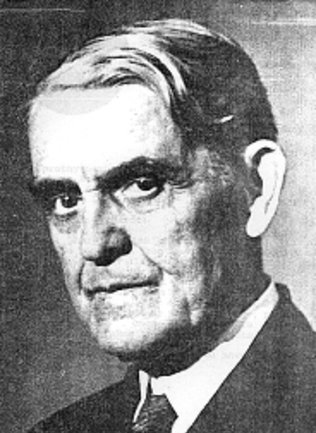