Throughout his lifetime, Dane Gray Hansen demonstrated a creative and entrepreneurial mindset which translated into successful business ventures still serving communities in northwest Kansas. Today, his foundation, established on his amassed wealth and ranked as one of the top contributing foundations in the state of Kansas, pursues the goals of reversing population decline, increasing economic opportunities, and strengthening critical community services.

Hansen was born on January 6, 1883, in Logan, Kansas.  His father Peter, a town founder and a successful businessman, emigrated from Denmark in 1872 and married Alpha Gray, a Logan school teacher.  Young Dane displayed business savvy waiting at the nearby river crossing, watching for farmers hauling their wheat crops to town for processing.  Hansen would request a ride and then direct the farmers to his father’s mill.  As a young man, Hansen later partnered and worked with his parents in the family’s general store, lumberyard, and ranching and Hereford cattle breeding operations.

With the United States’ entrance into World War I and the military’s need for mules to transport materiel, Hansen began buying mules from ranchers and farmers in the northwest Kansas region, collecting the animals on his ranch to sell to the U.S. Army.  Operating the mule supply operations successfully until the war ended in 1918, Hansen found himself left with nearly one hundred mules.  Solving a problem with a creative solution, Hansen established a road construction business using the mules to pull the grading and paving equipment.  Eventually, the road construction business became Logan’s largest industry, employing up to two hundred men during peak construction seasons.

In 1941, with the discovery of oil near Logan, Kansas, Hansen diversified his business holdings to include oil explorations and land purchases, ultimately becoming one of the state’s largest independent oil producers.  He served as vice president and director of the Kansas Independent Oil and Gas Association and as chairman of the Kansas Contractors Association Pension Trust Plan.

With a keen interest in politics, though with no desire to hold political office, Hansen served his friend, President Dwight Eisenhower, on the President’s Commission on Inter-Governmental Relations from 1954 to 1955, and as vice president of the board of trustees for the Eisenhower Foundation.

Hansen supported educational efforts and youth organizations in his community with generous donations, most notably awarding college scholarships to Logan High School graduates and purchasing and donating 270 acres for a camp on the Kirwan Lake Reservoir to the Boy Scouts of America. Dane G. Hansen died on January 6, 1965, his 82nd birthday, and was remembered for his honesty, generosity, and deep love for and interest in the people of northwest Kansas. 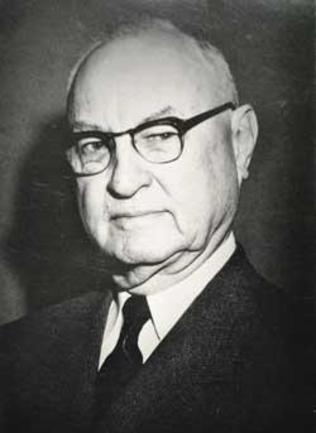