Olive Mellor Beech, past president of Beech Aircraft Corporation (now part of Raytheon Company), once admitted that when she first began work in aviation as an office manager she "didn't know the empennage of an airplane from the wing." Continual taunts from the staff on her lack of knowledge forced the young woman to learn the name and function of every part of the planes manufactured at Travel Air.

In 1930, Mellor married Walter Beech, the founder of Travel Air. Two years later, dissatisfied with working only remotely with aircraft construction in New York, the two relocated to Wichita to establish Beech Aircraft Company. The business grew quickly, and by 1938, the company dominated the market of private owner and commercial planes; Beech Aircraft sales exceeded $1 million.

Because of her husband 's illness, Mrs. Beech carried much of the responsibility for the company's operations during World War II. After his death in 1950, Mrs. Beech became president and director of the Beech Aircraft Corporation.

She also served on numerous business, civic, and cultural committees and organizations. As early as 1943, Beech received national recognition as a successful businesswoman - the "New York Times" named her as one of the 12 most distinguished women in America. In 1951, she was selected as "Woman of the Year" by the Women's National Aeronautical Association, and in 1952 she received the Lady Drummond Hay Trophy as the woman who had done them most for aviation during the year. 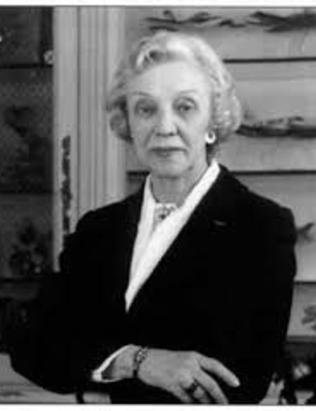